Poor US Fundamentals Drive USD Down, Lower Deficit Does Not Help

The trading was mostly negative for the greenback today. EUR/USD rally continued after macroeconomic reports have been released in the United States during the most active part of the trading session. Budget deficit data released later during the day did not affect the currency pair much.
Initial jobless claims were at 244k last week compared to 241k recorded a week earlier and 240k median forecast. (Event A on the chart.)
US PPI decreased by 0.1% in July after 0.1% increase in June. The median forecast for July was at 0.1% growth. (Event A on the chart.)
Treasury budget deficit shrank to $42.9 billion in July from $90.2 billion of June. A larger deficit of $52.0 billion had been expected by the traders. (Event B on the chart.) 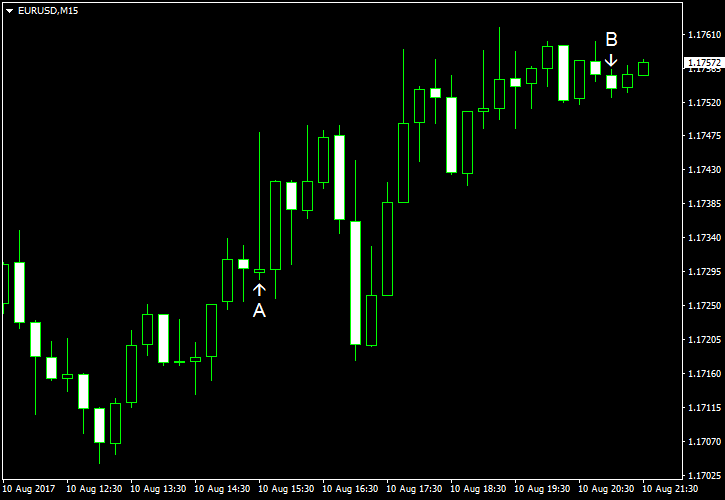