EUR/USD at Highest in More Than Two Years

EUR/USD touched the highest level since the very beginning of 2015. The reason for that was the launch of a ballistic missile by North Korea. The missile flew over Japan and dropped in the Pacific waters. Many experts speculated that it was a test by the rogue nation of its capability of reaching the United States. The resulting risk aversion hurt the US dollar. The unexpected surge of the US consumer confidence alleviated the pressure on the greenback to some degree, but the currency still remained vulnerable.
S&P/ home price index rose 5.7% in June, . It was exactly the same rate of growth as in May and slightly above the predicted 5.6%. , the index was up 0.8%. (Event A on the chart.)
Consumer confidence jumped from 120.0 in July to 122.9 in August. Forecasters had predicted a modest increase to 120.9. (Event B on the chart.)
On Friday, a report on durable goods orders was released, showing a drop by 6.8% in July. That is compared to the predicted decline of 6.0% and the previous month’s increase by 6.4%. (Not shown on the chart.) 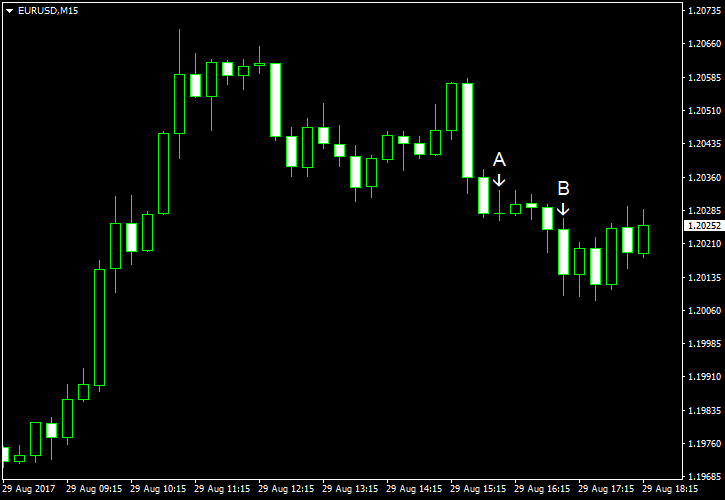