With no important news, EUR/USD was trading mostly in a range. Both the dollar and the euro had their own factors that were limiting their chances to rally. The greenback suffered from uncertainty about the tax reform bill, while the currency of the eurozone was hurt by speculations that the European Central Bank is not in a hurry to remove monetary stimulus.
Treasury budget turned from a surplus of $8.0 billion in September to a deficit of $63.2 billion in October. It is compared to the forecast shortage of $58.2 billion. (Event A on the chart.)
On Friday, a report on Michigan Sentiment Index was released, showing a drop from 100.7 in October to 97.8 in November according to the revised reading. It was far below the average forecast 100.8 and the preliminary estimate of 100.7. (Not shown on the chart.) 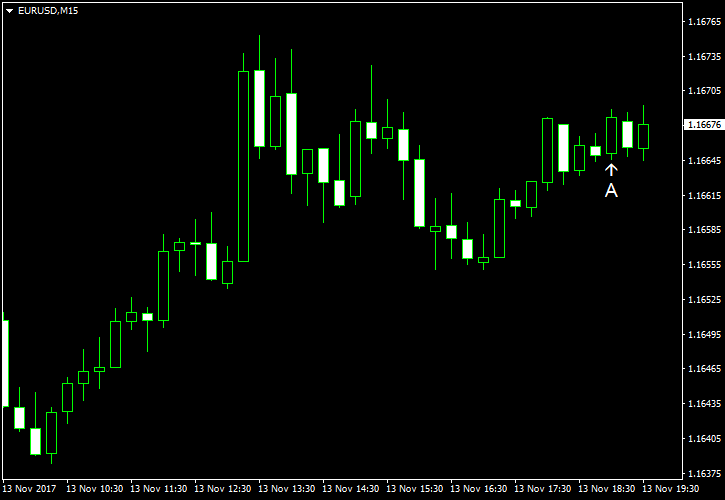