EUR/USD fell intraday amid news that talks about forming a coalition government in Germany failed. The currency pair bounced later to traded at the opening level. But as of now, EUR/USD retreated yet again, though not as low as during the previous drop. This week’s economic calendar is relatively light on releases with the exception of Wednesday.
Leading indicators rose 1.2% in October, two times the forecast gain by 0.6%. Furthermore, the September reading was revised from a drop by 0.2% to a rise of 0.1%. (Event A on the chart.)
On Friday, a report on housing starts and building permits was released. Housing starts were at the seasonally adjusted annual rate of 1.29 million in October, up from 1.14 million in September. Building permits were at the seasonally adjusted annual rate of 1.30 million, up from 1.23 million in the previous month. Both indicators were above expectations of 1.19 million and 1.25 million respectively. (Not shown on the chart.) 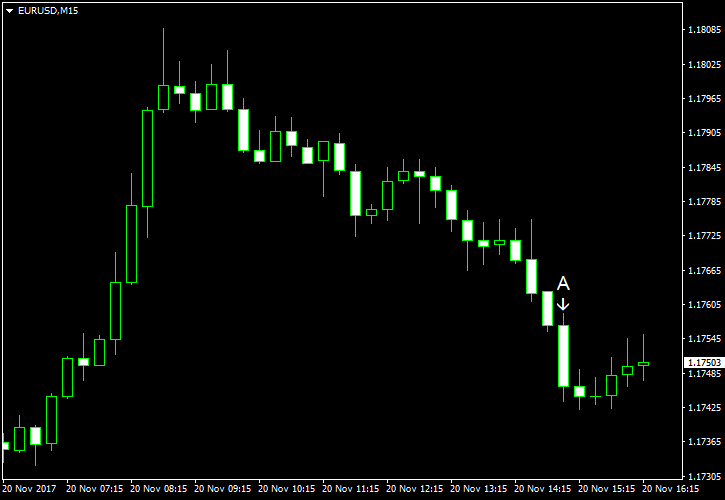