EUR/USD Rises on Monday as Markets Dismiss News from Syria

EUR/USD rallied on Monday as markets largely dismissed the news about US performing missile strikes on Syria over the weekend. It looked like the conflict is not going to escalate, therefore traders were willing to buy riskier currencies, ignoring the dollar in the meantime. As for US data, it was mixed. Retail sales increased beyond expectations, but other reports were not so hot.

Retail sales rose 0.6% in March, exceeding market expectations of a 0.4% increase, after falling 0.1% in February. (Event A on the chart.)

Business inventories grew by 0.6% in February, the same as in January and in line with forecasts. (Event B on the chart.)

Net foreign purchases were at $49.0 billion in February. That is compared to the forecast figure of $52.3 billion and the reading of $61.4 billion registered in January. (Event C on the chart.) 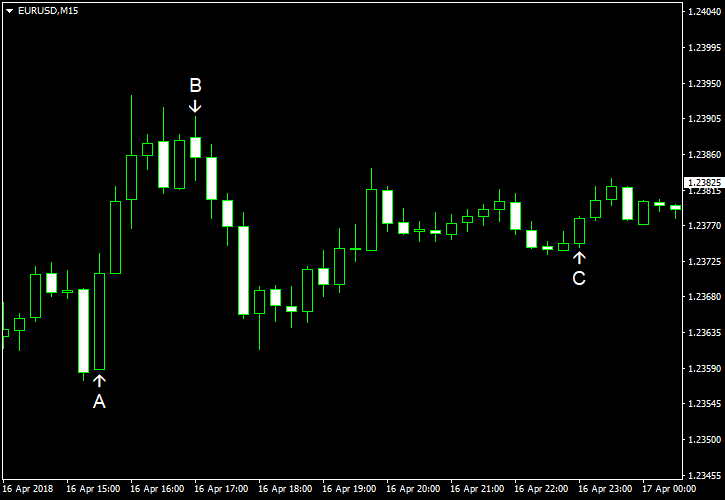