The Japanese Yen cautiously rose as the local March trade balance report crossed the wires. Japan’s surplus rose unexpectedly to ¥797.3b, economists were calling for it to increase by ¥499.2b. This was the largest trade surplus since February 2017.

Exports increased only 2.1% y/y versus 5.2% expected. While this was worse-than-expected, imports declined by 0.6% y/y. The latter was expected to rise 6.3%, making the miss here more intense than the former. When net exports are positive, it may add to growth. This is because it’s one of the four components of calculating GDP.

Not long after the data crossed the wires, the anti-risk Yen quickly reversed course as the Nikkei 225 opened higher at Tokyo open. This makes sense when considering that the Bank of Japan is unlikely to change course in monetary policy any time soon. Such a scenario allows the Yen to focus on risk trends instead.

One currency that also showed a positive response to the data and maintained it was the Singapore Dollar. Singapore has an important trading relationship with Japan. As such, economic performance in the latter can have knock-on effects on the former. Keep an eye out for how other ASEAN bloc currencies respond in the aftermath. Japan’s exports rose 14.4% to Indonesia and 11.9% to Malaysia. Their currencies may take the news well.

Ahead, ASEAN bloc currencies like the Indonesian Rupiahfaces its central bank’s monetary policy announcement on Thursday. The Philippine Peso and Malaysian Ringgit may also be vulnerable to ongoing commentary from Fed policymakers depending on how sentiment plays out. So far, the greenback has been benefiting from their positive outlooks on the US economy. 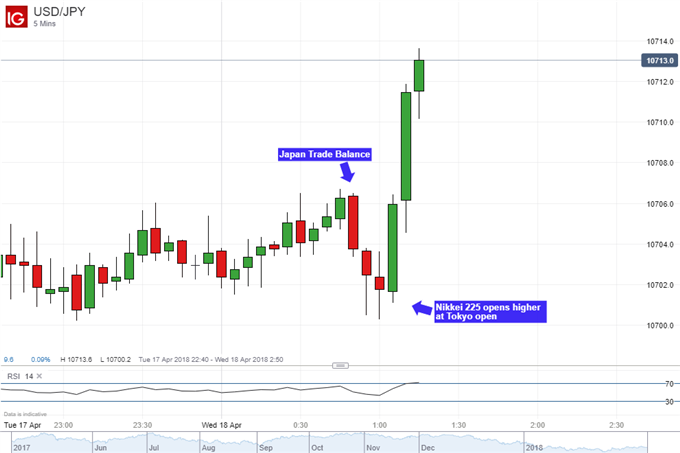 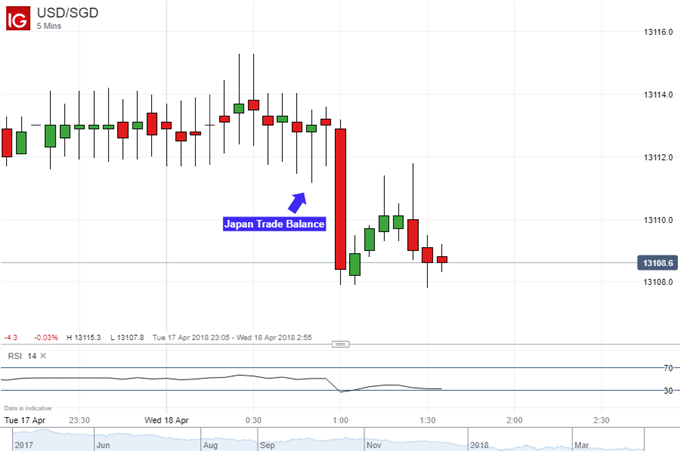 USD/SGD Technical Analysis: Will it Break Above Stubborn resistance?

On a daily chart, USD/SGD has been struggling to make meaningful progress after breaking above the October 2017 descending line. It now seems wedged in-between horizontal resistance at 1.3108 and support at 1.3081. The emergence of positive RSI divergence warns that prices may soon turn higher though. 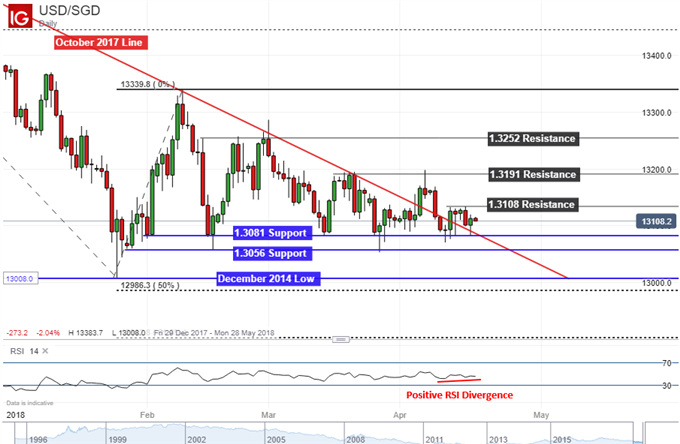