EUR/USD was falling today following yesterday’s steep sell-off. While the currency pair attempted to recover, it ended Thursday’s session lower. During the current session, the EUR/USD pair had extended the decline intraday, but has managed to bounce by now. The pair benefited from the fact that markets had muted reaction to the better-than-expected US gross domestic product print.
US GDP grew 2.3% in Q1 2018. While the growth was slower than in Q4 2017 (2.9%), it was still faster than analysts’ forecasts (2.0%). (Event A on the chart.)
Michigan Sentiment Index dropped from 101.4 in March to 98.8 in April according to the revised estimate. Yet it still could be considered a positive result overall considering that the average forecast pointed at 98.0 as a possible reading, while the preliminary estimate was even lower at 97.8. (Event B on the chart.) 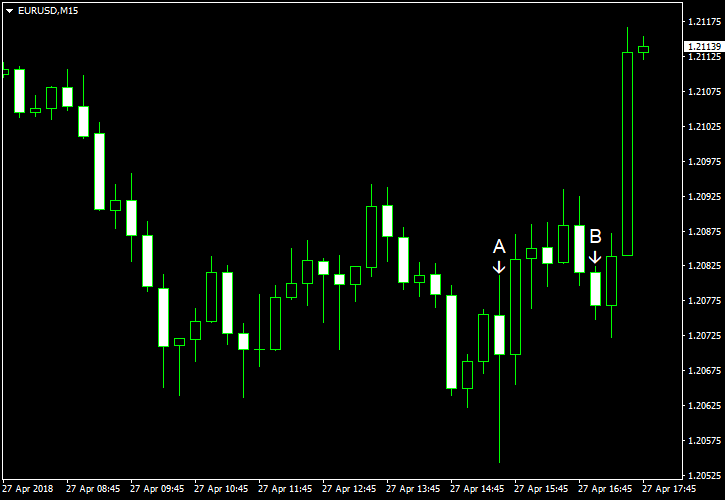