EUR/USD attempted to rally yesterday on the back of geopolitical tensions, but the rally did not last long, and now the currency pair moves down again. Analysts explained the decline, which pushed the EUR/USD pair to the lowest since November, by the fact the tensions did not escalate. Today’s macroeconomic data in the United States was disappointing, but even that was unable to support the currency pair.

Durable goods orders dropped 1.7% in April. That is compared to the predicted drop of 1.3%. The decline followed the increase by 2.7% in March. (Event A on the chart.)

Michigan Sentiment Index dropped to 98.0 in May from 98.8 in April according to the revised estimate. That was a complete surprise to market participants as both the preliminary estimate and analysts’ forecasts had promised no change. (Event B on the chart.) 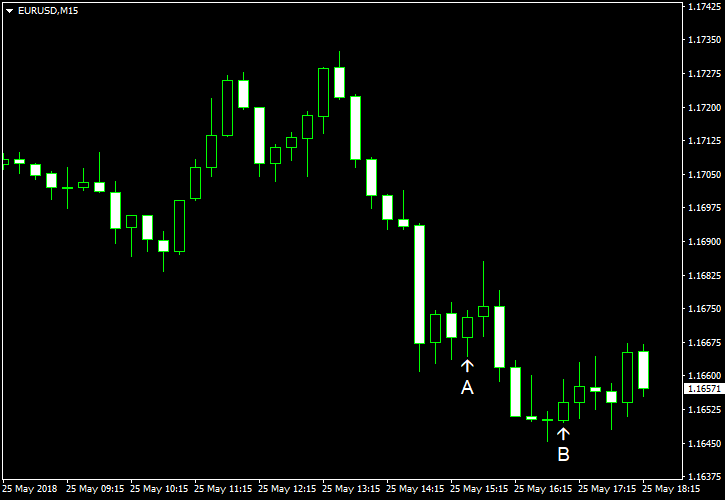