EUR/USD fell today on poor macroeconomic releases in the eurozone and concerns about potential outcome of the upcoming Group of Seven meeting, though the currency pair has managed to reduce its losses by now. As for US releases, the data was not impressive either.
Wholesale inventories rose 0.1% in April. Experts had expected no change, the same as in March. (Event A on the chart.)
Yesterday, a couple of reports were released (not shown on the chart):
Seasonally adjusted initial jobless claims were at 222k last week, close to the average forecast and the previous week’s reading of 223k.
Consumer credit rose by $9.2 billion in April from March trailing the analysts’ average projection of a $13.9 billion increase. On a positive note, the March increase got a positive revision from $11.6 billion to $12.3 billion. 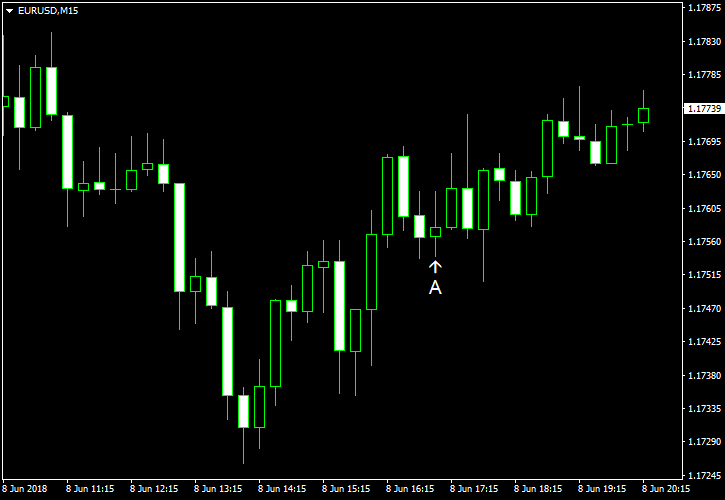