Stay up to date with important economic data with our Economic Calendar and gain insight on market moving events from our Live Webinars.

The third and final day of the Sintra Conference hosted by the ECB on central banking concluded in Argentina with statements from the President of the European Central Bank Mario Draghi, Federal Reserve Chairman Jerome Powell, Reserve Bank of Australia Governor Philip Lowe, and Bank of Japan Governor Haruhiko Kuroda. The officials each shared their concerns regarging the ongoing trade disputes and their central bank’s stance on monetary policy in response. 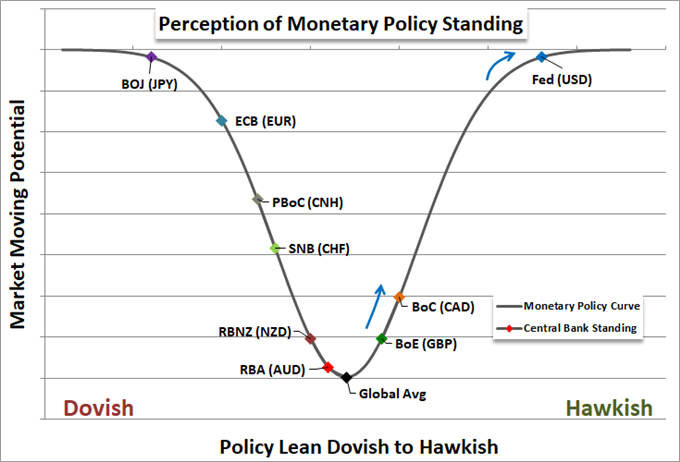 The head of the increasingly hawkish Federal Reserve had various comments on the trade disputes waged by the United States. In the past, Mr. Powell has offered remarks that downplay the significance of recently imposed tariffs. However, in line with the other central bankers present, Powell said “changes in trade policy could cause us to have to question the outlook, for the first time, we’re hearing about decisions to postpone investment, postpone hiring.” The remarks coincide with comments from other Fed officials that their business contacts are beginning to worry about the effects of trade policy. On its current course however, the policy head believes the current level of rates is still 100 basis points below its neutral rate, which suits the upgraded forecasts for four hikes in 2018 and an uptick in the outlook for 2019. The Fed’s neutral rate rests at 1.75% – 2.00% after a 25 basis point increase at the last FOMC decision on June 13th. 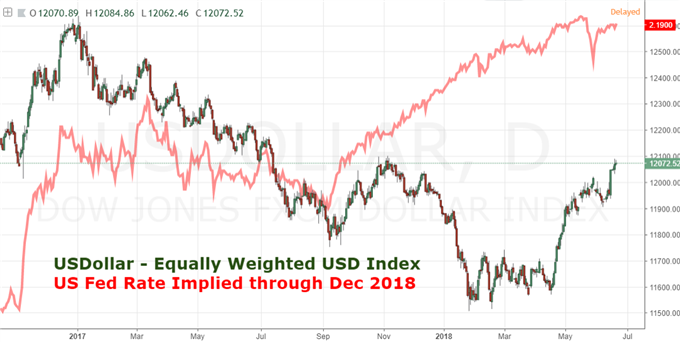 The ECB head has been outspoken against tariff escalation in the past, his remarks at Sintra suggest he has not waivered. He cautioned there are lessons to be learned about trade conflict and protectionism from history, and “they’re all very negative.” He added that the growing set of disputes was undermining the “multi-lateral framework that all of us have grown up with.” Mr. Draghi’s ECB remains dovish as European growth continues to be below that of the US. Yet, the exit from extreme easing is still on his bank’s mind as he viewed inflation as converging on the group’s target. The ECB is still buying $30 million worth of bonds per month but will trim that to $15 million per month starting in September. The ECB’s current interest rate is -0.40%. 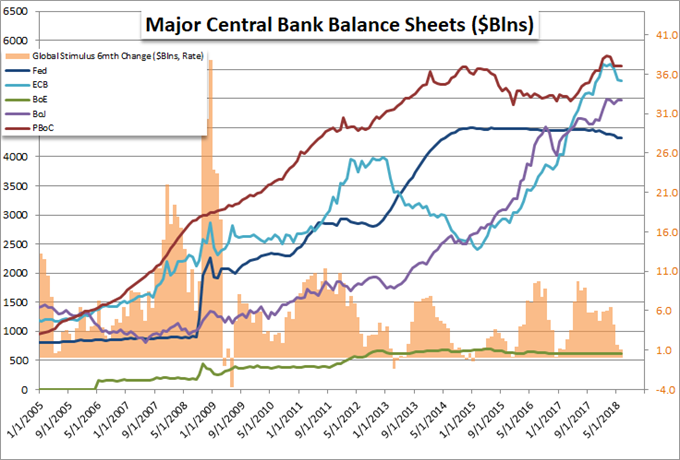 Australia’s central bank Governor Lowe shared similar sentiment in his comments, saying “can any of us think of a country that’s made itself wealthier and boosted productivity growth by building walls? Probably not, what’s happening is incredibly disturbing.” Although he went on to say that he does not believe tariffs alone will derail global growth, but that they could spark damaging market volatility and postponement of business decisions. Australia’s central bank remains rather dovish although their benchmark rate is set far higher than that of the ECB and the BoJ, at 1.50%.

As head of the final central bank present, Governor Kuroda shared concerns as they related to Japan. He believes the indirect impact of the dispute could disrupt the East Asian supply network, saying “ I really hope that this escalation could be rescinded, and a normal trading relationship between the US and China would prevail. This is a matter of great concern for Japan.” To monetary policy, the central banker was still optimistic on the course of growth. However, he was more stoic on inflation suggesting it was unlikely there would be sudden rise in price pressures. He projected the need for 3 percent wage growth to reach 2 percent CPI. The dovish Bank of Japan continues to maintain an interest rate of -0.10%, unchanged since December 18th, 2015 when it was decreased 20 basis points from 0.10%.