EUR/USD fell today as markets continued to feel pressure from fears of a trade war between the United States and their trading partners. Although all the markets took the hit, European assets were particularly vulnerable after US President Donald Trump shifted focus of his criticism from China to the European Union. Today’s US macroeconomic data was confusing as one report showed a slowdown of manufacturing growth, while other showed accelerating expansion.
Markit manufacturing PMI was finalized at 55.4 in June, down from 56.4 in May. Analysts had expected the same reading as the preliminary estimate of 54.6. (Event A on the chart.)
ISM manufacturing PMI, on the other hand, registered an increase to 60.2% in June from 58.7% in May. That is instead of a drop to 58.2% predicted by economists. (Event B on the chart.)
Construction spending rose 0.4% in May from April. The actual reading was close to the analysts’ forecast of a 0.5% increase. The April increase received a substantial negative revision from 1.8% to 0.9%. (Event B on the chart.) 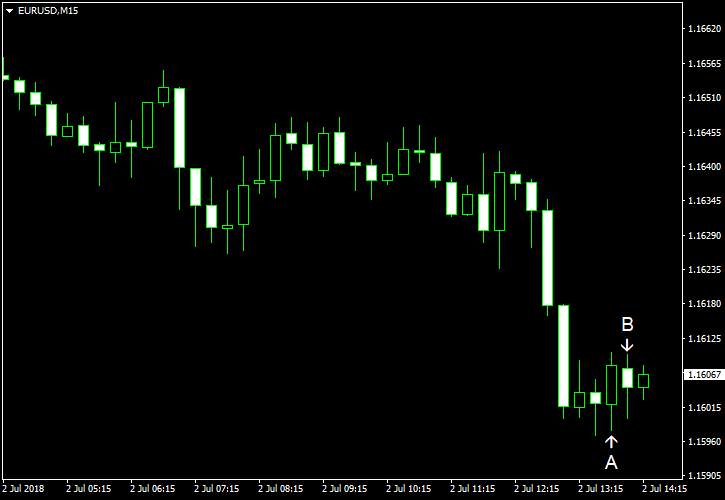