The British Pound fell against the US Dollar after UK Brexit Secretary David Davis resigned early into Monday’s Asia Pacific trading session. This reversed most of Sterling’s weekend upside gap against its major counterparts, which was in response to Prime Minister Theresa May’s “soft Brexit” economic plan that the divided Cabinet agreed upon. 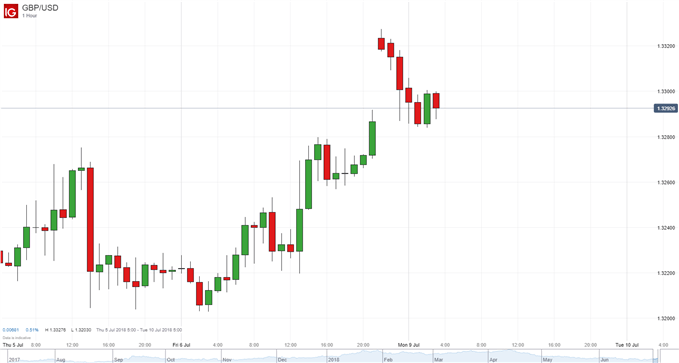 Mrs. May’s soft Brexit plan would entail a UK-EU free-trade area, following EU rules for goods trade and avoiding tariffs and border checks. It was seen as a victory for the Prime Minister, after struggling to lead a pro-Brexit Cabinet. In addition, the UK’s main business lobby, the Confederation of Industry, praised the proposal.

However, Brexit Secretary David Davis made his opposition to the plan known and followed through on threats of resignation, stating that May’s government would be less likely to execute its “manifesto commitment to leave the Customs Union and the Single Market”. In addition, his deputy Steve Baker also resigned.

Their resignations and the ensuing political uncertainty may have hindered the Sterling’s upward momentum. From here, Davis’s and Baker’s actions could have the potential to threaten Theresa May’s standing as Prime Minister if there are attempts made to oust her. In addition, these chain of events may inspire hard-Brexit lawmakers to retaliate. 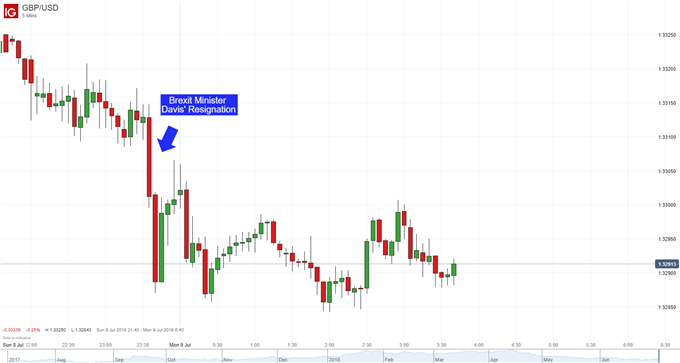 Looking forward, this is a week of high economic activity for the British Pound. Prime Minister May’s office will be announcing a newly appointed Brexit Secretary on Monday, and on Tuesday the UK Statistics Office releases their first monthly estimate of GDP.

Furthermore, Bank of England Governor Mark Carney is set to give a speech on Thursday. His positive comments and an increasingly hawkish BoE have increased the probability of a rate hike at their August 2nd meeting. According to overnight index swaps, this probability now stands at 80 percent.