As anticipated, the gap higher in the British Pound as this week began was pared as political uncertainty in the UK dampened appeal for the local unit. Sterling took a dive during the second half of the day as Foreign Secretary Boris Johnson resigned after David Davis. Accompanying GBP’s descent was falling local front-end government bond yields, hinting at ebbing Bank of England hawkish monetary policy expectations.

Indeed, overnight index swaps are now pricing in a 69 percent probability that the BoE will raise rates in August. This is down from about 80% confidence at the end of last week. Interestingly, UK stocks managed to secure some gains. The FTSE 100 in particular rose 0.92% on Monday. This could have been as a result of fading tightening credit condition expectations. Lower rates for longer can bode well for investment.

With that said, there are still numerous uncertainties going forward in the UK. From here, Prime Minister Theresa May could potentially face not only parliament, but also her own cabinet if this leads to a no confidence vote. Any signs that Brexit negotiations could be delayed, especially with the White Paper on a Brexit agreement due later this week, could weigh against Sterling if the outlook entails more uncertainty.

For now, it has been confirmed that Jeremy Hunt will be the new UK Foreign Secretary. In a tweet, he indicated his support for Theresa May in getting a ‘great’ Brexit deal. This may be a step in a direction towards less uncertainty, but only time will tell the true impact.

The intense weakness in GBP allowed the US Dollar to regain some upside momentum. It pared earlier loses and finished the day little changed. The general pickup in stocks seen in Asia, Europe and in the US dampened the appeal of the anti-risk Japanese Yen. Meanwhile, the sentiment-linked Australian and New Zealand Dollars rose.

During Tuesday’s Asia session, we will get Chinese CPI and PPI statistics. However, the impact of this data on the Australian Dollar could be limited. Even though China is Australia’s largest trading partner, the Reserve Bank of Australia has persistently maintained its patient stance as it considers its next move as a hike. Thus, knock-on effects could be limited.

With that in mind, it is risk trends that can arguably shape market performance during this session. The gains seen in worldwide global stock exchanges could be reverberated into the session. Such a scenario may continue weighing on the Yen while AUD and NZD rise. The former could also be temporarily impacted by local consumer confidence data. 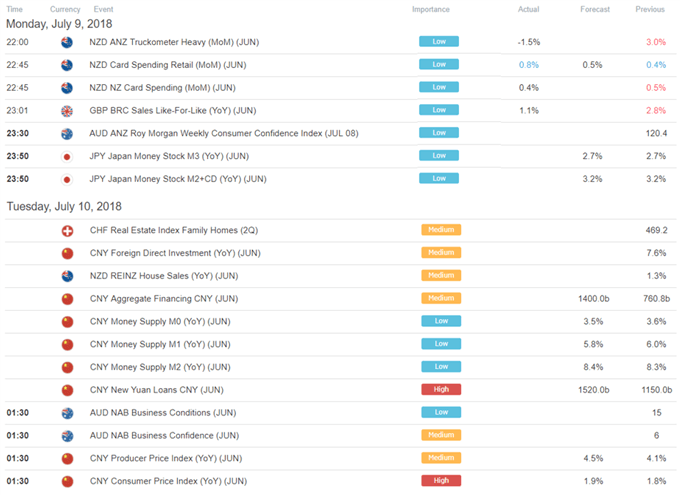 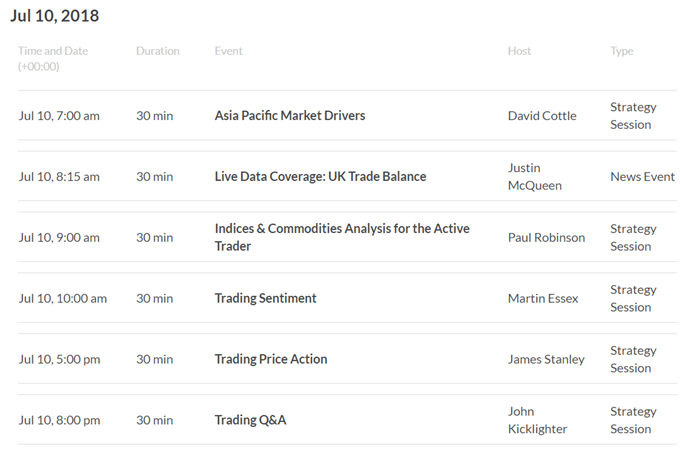 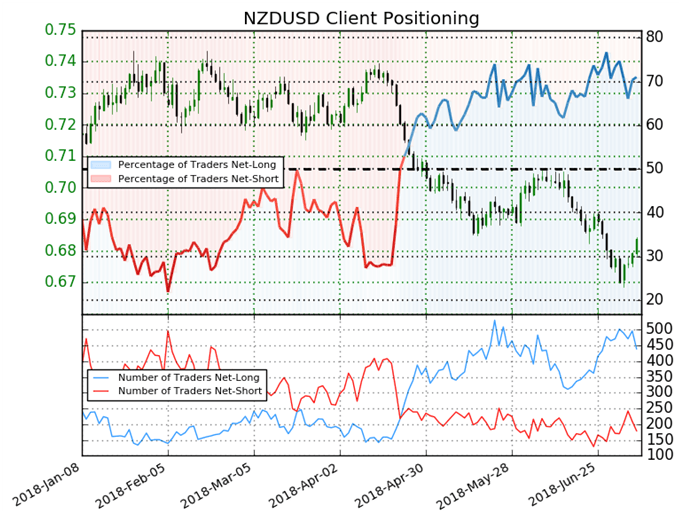 Retail trader data shows 71.0% of NZD/USD traders are net-long with the ratio of traders long to short at 2.45 to 1. In fact, traders have remained net-long since Apr 22 when NZD/USD traded near 0.73603; price has moved 7.1% lower since then. The number of traders net-long is 6.6% lower than yesterday and 8.9% lower from last week, while the number of traders net-short is 3.5% higher than yesterday and 4.7% higher from last week.