EUR/USD Recovers on Mixed US Data

The euro had fallen against the US dollar during the first half of the European trading session before the US macroeconomic data was released. Following the release of the inflation and employment indicators, the EUR/USD currency pair has recovered its losses.
US CPI was reported to have risen 0.1% in June on a seasonally adjusted basis, failing to meet the expectations and repeat the May’s growth of 0.2%. At the same time, the core measure of the consumer price index (excluding food and energy prices) added the same 0.2% as it had done a month earlier. (Event A on the chart.)
Initial jobless claims were at 213k during the week ending July 7 — down from 232k reported a week earlier and somewhat better than the median forecast value of 226k claims. (Event B on the chart.)
US Treasury budget deficit shrank to $74.9 billion in June compared to $146.8 billion seen in May. A drop to $92.3 billion had been expected by the analysts. (Event C on the chart.) 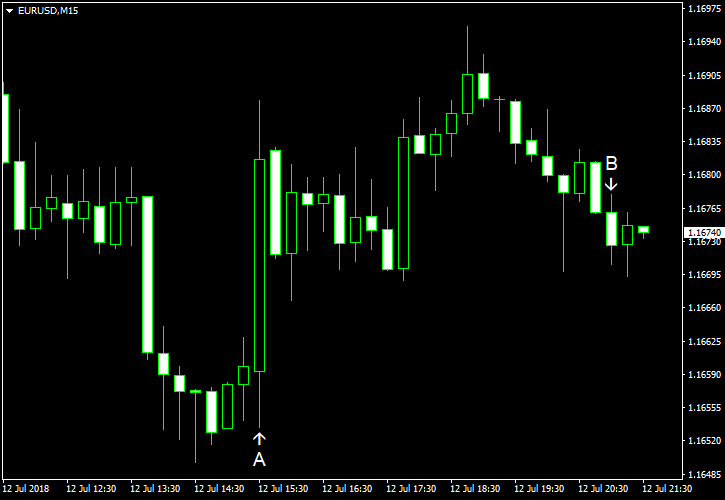