EUR/USD fell today after rising for five straight sessions. While markets initially considered yesterday’s FOMC policy minutes dovish, today they changed their stance, believing that the notes were hawkish enough to make the September interest rate hike almost guaranteed. As for US macroeconomic data, unemployment claims were better than expected, but other indicators missed expectations, allowing the currency pair to trim its losses.
Initial jobless claims fell from 212k to 210k last week instead of rising to 215k as analysts had predicted. (Event A on the chart.)
Both Markit manufacturing PMI and Markit services PMI fell in August according to the flash estimates. Manufacturing PMI fell from 55.3 to 54.5, and services PMI fell from 56.0 to 55.2. That is compared to the forecasts of 55.1 and 55.9 for manufacturing and services respectively. (Event B on the chart.)
New home sales were at the seasonally adjusted annual rate of 627k in July, down from the June revised rate of 638k (631k before the revision). Forecasters had predicted an increase to 643k. (Event C on the chart.) 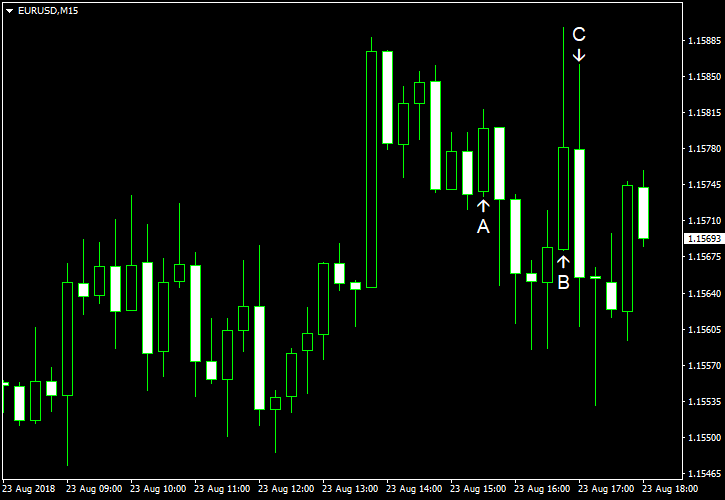