EUR/USD was rising during the Thursday’s trading session. While the currency has halted its rise following the release of mostly positive macroeconomic data in the United States, it managed to keep most of its gains.
Philly Fed manufacturing index climbed from 11.9 to 22.9 in September, above the average forecast of 17.5. (Event A on the chart.)
Initial jobless claims fell from 204k to 201k last week instead of rising to 210k as analysts had predicted. It was the lowest level since November 15, 1969. (Event A on the chart.)
Leading indicators increased 0.4% in August. The actual increase missed the analysts’ forecast of 0.5% and was slower than the 0.7% rate of growth registered in July. (Event B on the chart.)
Existing home sales remained at the seasonally adjusted rate of 5.34 million in August, unchanged from July. Forecasters had predicted a small increase to 5.36 million. (Event B on the chart.) 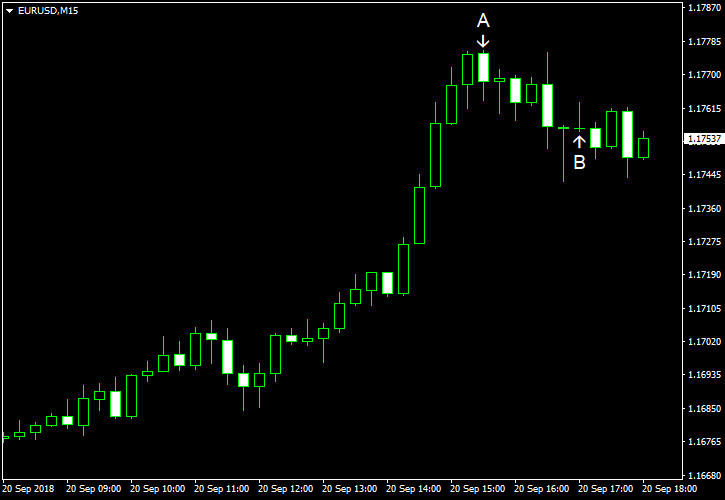