EUR/USD rose today following the intraday drop. The currency pair gained even as the European Commission made an unprecedented move, rejecting the Italian budget plan. US macroeconomic data was poor, but there are very few reports and they were not particularly important, thus having limited impact on the currency market.
Richmond Fed manufacturing index dropped from 29 in September to 15 in October. The decline was much bigger than a small fall to 25 predicted by experts.
On Friday, a report on existing home sales was released, showing a drop to the seasonally adjusted rate of 5.15 million in September from 5.33 million in August. Analysts had predicted a much smaller drop to 5.29 million. 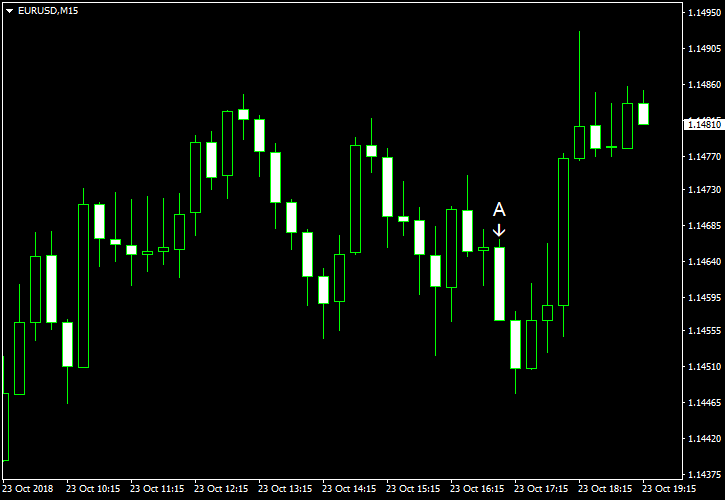