EUR/USD attempted to rally today but failed and reversed its movement, trading far below the opening level by now. The currency pair accelerated the decline after the release of better-than-expected US employment data but halted the drop after the manufacturing index came out worse than expected.
ADP employment rose by 227k in October, far above the median forecast of 188k. The September increase got a negative revision from 230k to 218k. (Event A on the chart.)
Chicago PMI declined to 58.4 in October, reaching the lowest level since April, from 60.4 in September. That is compared to the average forecast of 60.1. (Event B on the chart.)
US crude oil inventories grew by 3.2 million barrels last week, a bit less than analysts had predicted — 3.6 million barrels, and remained above the five-year average for this time of year. The stockpiles swelled by 6.3 million barrels the week before. Total motor gasoline inventories dropped by 3.2 million barrels but also stayed above the five-year average. (Event C on the chart.) 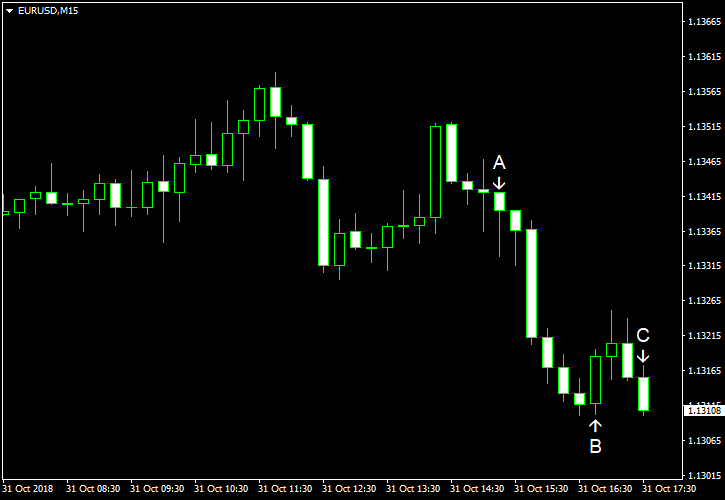