EUR/USD was moving up and down after the news that United States and China achieved a temporary truce in the trade war. Currently, the currency pair trades flat. US macroeconomic data, which was mixed, was overshadowed by the news about ceasefire.
Markit manufacturing PMI was at 55.3 in November according to the final estimate, slightly down from the October’s reading of 55.7. The actual figure was near analysts’ forecasts and the preliminary estimate of 55.4. (Event A on the chart.)
ISM manufacturing PMI climbed from 59.3% in November from 57.7% in October instead of falling to 57.5% as analysts had predicted. (Event B on the chart.)
Construction spending fell 0.1% in October, the same as in September. Experts turned out to be wrong with their predictions of a 0.4% increase. (Event B on the chart.) 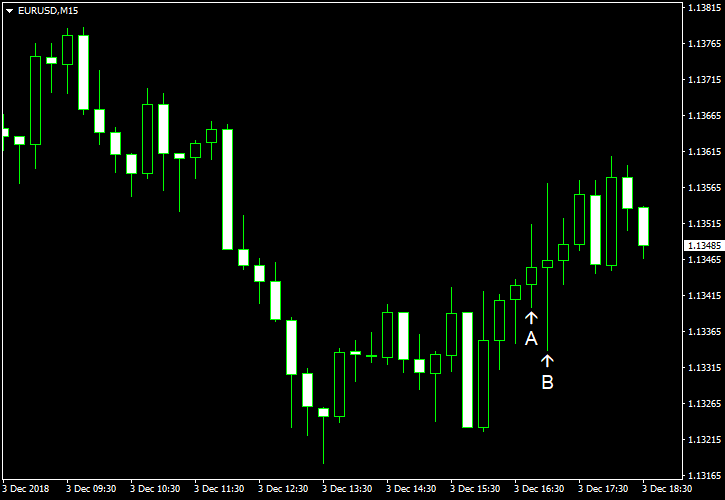