EUR/USD Climbs as US Inflation Stagnates

EUR/USD rallied today after data showed that US inflation stalled last month. The general positive market sentiment also helped the currency pair.
CPI showed no change in November, exactly as analysts had predicted. The index was up 0.3% in October. (Event A on the chart.)
US crude oil inventories fell by 1.2 million barrels last week, less than analysts had predicted (3.0 million barrels) and logged in the previous week (7.3 million barrels). The stockpiles remained above the five-year average for this time of year. Total motor gasoline inventories rose by 2.1 million barrels and were above the five-year average. (Event B on the chart.)
Yesterday, a report on PPI was released, showing an increase by 0.1% in November. That is compared to the average forecast of no change and the 0.6% increase demonstrated in the preceding month. (Not shown on the chart.) 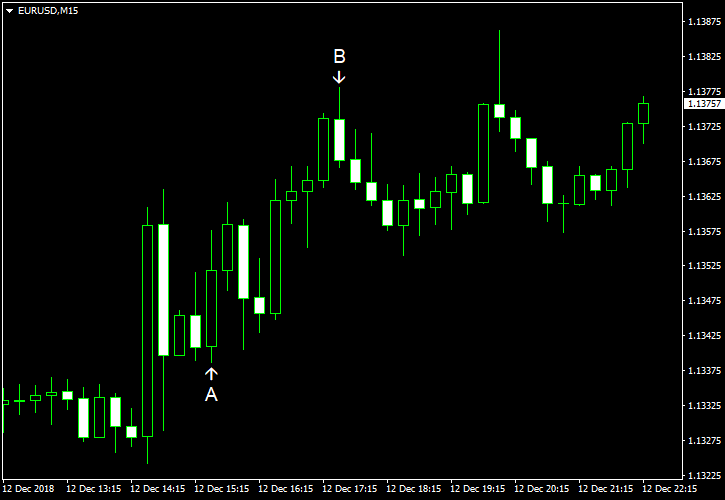