EUR/USD remained volatile following yesterday’s policy announcement from the Federal Reserve. Initially today, the currency pair was rising, but reversed its movement later and started to decline, though it is currently still trading above the opening level. Also yesterday, Italy and the European Union reached an agreement about the Italian budget, adding to bullish factors for the euro. Meanwhile, economic data released in the United States today was mixed, giving the dollar no direction.
Philadelphia Fed manufacturing index dropped from 12.9 in November to 9.4 in December — the lowest reading since August 2016. That was a nasty surprise to market analysts, who were expecting an increase to 15.1. (Event A on the chart.)
Initial jobless claims rose from 206k to 214k last week. The actual figure was a bit below 216k predicted by analysts. (Event A on the chart.)
Leading indicators rose 0.2% in November versus the average forecast of no growth. The October reading got a negative revision from an increase by 0.1% to a decrease by 0.3%. (Event B on the chart.) 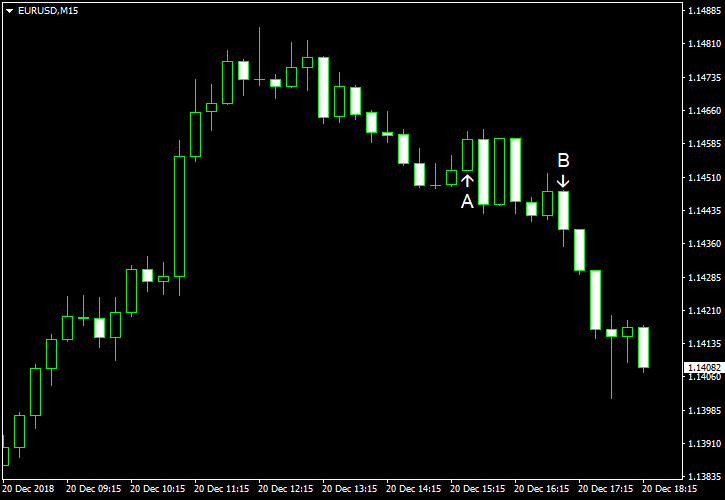