EUR/USD fell today on mixed macroeconomic data in the eurozone. US reports were not good as well, with services Purchasing Managers’ Indices dropped, but that did not prevent the dollar from attempting to stage a bounce.
Markit services PMI was at 54.2 in January, down slightly from 54.4 in December, according to the final estimate, matching analysts’ forecasts and the preliminary estimate. (Event A on the chart.)
ISM services PMI dropped to 56.7% in January from 58.0% in December, below the 57.2% level predicted by analysts. (Event B on the chart.)
Yesterday, a report on factory orders was released, showing a drop by 0.6% in November instead of a rise by 0.3% as economists had predicted. The drop followed the 2.1% decline in October. (Not shown on the chart.) 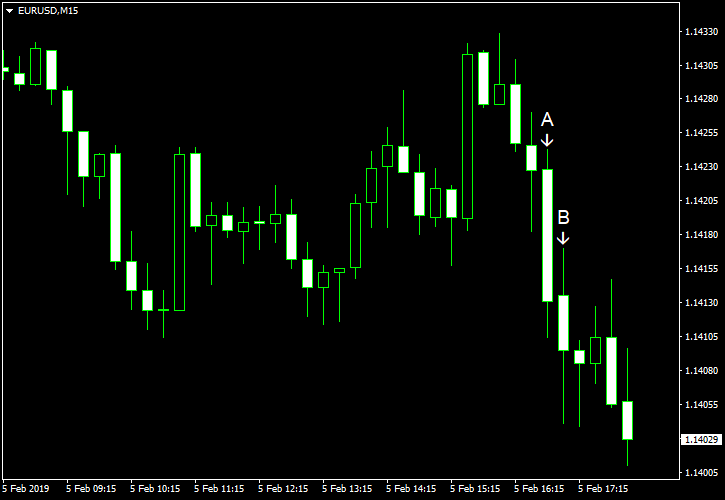