EUR/USD Loses Gains After Release of US GDP

EUR/USD was rising today but has lost all of its gains by now after a report showed that US gross domestic product rose last quarter more than was expected. Meanwhile, meeting between the US and North Korean leaders ended abruptly, putting markets into a risk-off mode.
US GDP rose 2.6% in Q4 2018 according to the advance (first) estimate. Analysts had predicted a smaller increase by 2.2%. GDP increased 3.4% in Q3 2018. (Event A on the chart.)
Initial jobless claims were at the seasonally adjusted level of 225k last week, up from the previous week’s revised level of 217k. The median forecast had promised a smaller increase to 221k. (Event A on the chart.)
Chicago PMI climbed from 56.7 in January to 64.7 in February, far above the forecast figure of 57.3. (Event B on the chart.) 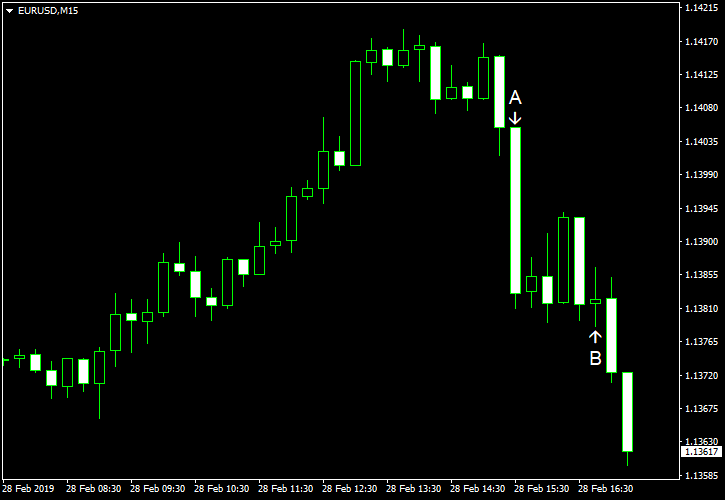