EUR/USD Sharply Rebounds After Dropping on US GDP

US gross domestic product rose last quarter more than was expected. Initially, EUR/USD dropped sharply on the news but rebounded very quickly and continued to move higher. Analysts speculated that it is because, while the headline GDP figure looked very good, underline details seemed rather weak and were not painting a favorable picture of the US economy.
US GDP rose 3.2% in Q1 2019 according to the advance (first) estimate. Analysts had expected the same 2.2% rate of growth as in Q4 2018. (Event A on the chart.)
Michigan Sentiment Index slipped to 97.2 in April from 98.4 in March according to the revised estimate. It was in line with market expectations and slightly above the preliminary figure of 96.9. (Event B on the chart.) 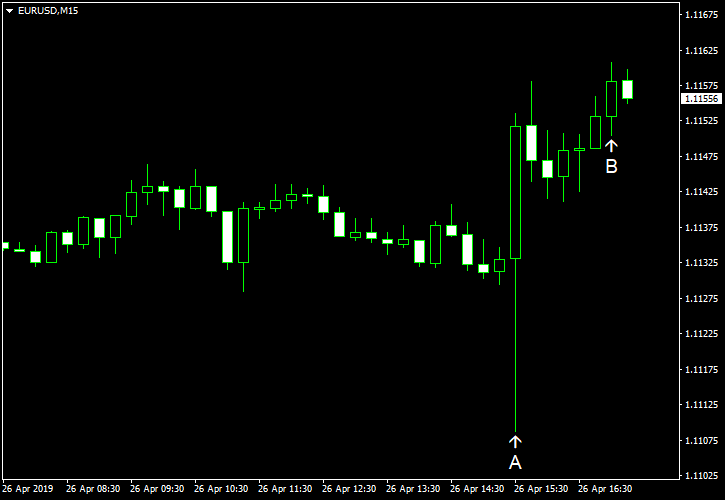