EUR/USD was falling during the Wednesday’s trading session. The currency pair made a short-lived attempt to rally on the back of slowing US inflation but quickly resumed its decline.
CPI rose 0.1% in May, in line with expectations, after rising 0.3% in April. (Event A on the chart.)
US crude oil inventories increased by 2.2 million barrels last week instead of falling by 1.0 million barrels as analysts had predicted. The stockpiles swelled by 6.8 million barrels the week before. Total motor gasoline inventories increased by 0.8 million barrels.
Treasury budget turned from a surplus of $160.3 billion in April to a deficit of $207.8 billion in May. The average forecast had promised a slightly smaller surplus of $199.2 billion. (Event B on the chart.)
Yesterday, a report on  was released, showing an increase by 0.1% in May. It was within expectations and a bit slower than the 0.2% gain logged in April. (Event C on the chart.) 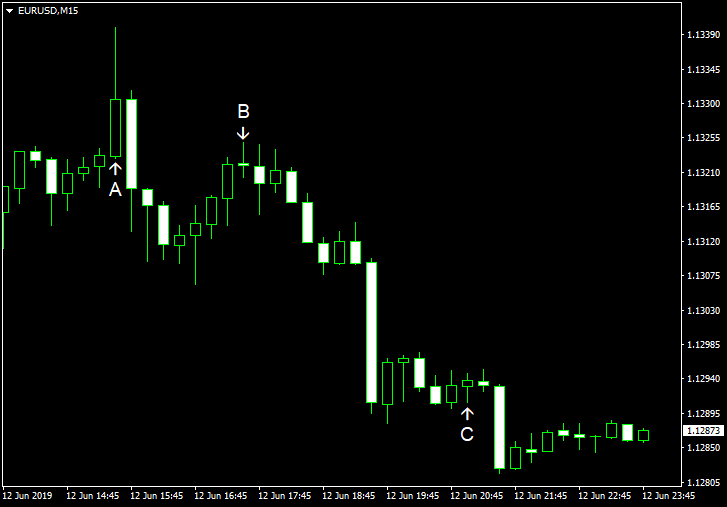