EUR/USD dropped initially today but has rebounded since then to trade near the opening level. Traders were reluctant to open new positions before the outcome of the US-China negotiations at the G20 summit becomes clear. US macroeconomic data released today was mixed, with decent reports on economic growth and the housing market but a surprisingly big increase of unemployment claims.
US GDP rose 3.1% in Q1 2019 according to the third and final estimate — unchanged from the preliminary figure and matching expectations. GDP rose 2.2% in Q4 2019. (Event A on the chart.)
Seasonally adjusted initial jobless claims climbed to 227k last week from the previous week’s revised level of 217k. Analysts were expecting a smaller increase to 220k. (Event A on the chart.)
Pending home sales rose 1.1% in May from April, exactly in line with forecasts. The sales were down 1.5% in the previous month. (Event B on the chart.) 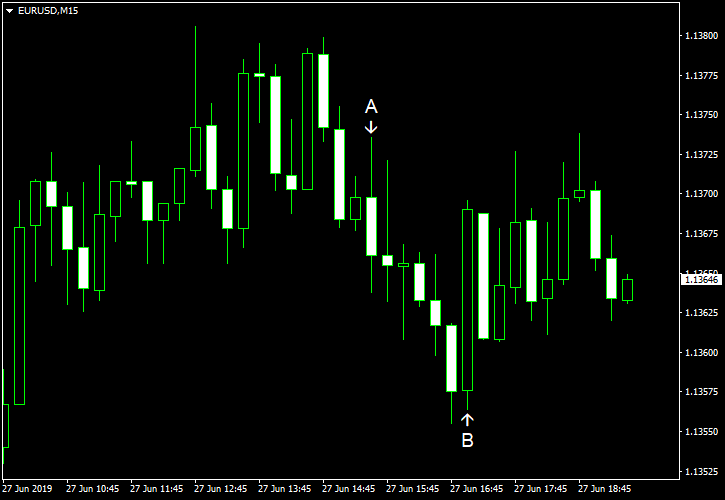