EUR/USD sank on Tuesday. Market analysts explained the drop by the agreement between US President Donald Trump and the Congress to raise the debt ceiling. The trading session was light in terms of US data, and those reports that were released were universally bad.
Richmond Fed manufacturing index sank from 2 in June to â12 in July, reaching the lowest reading since January 2013. That was a complete surprise to experts who had predicted an increase to 5. (Event A on the chart.)
Existing home sales dropped to the seasonally adjusted annual rate of 5.27 million in June from 3.56 million in May. Analysts had expected the indicator to stay little changed. (Event A on the chart.)
On Friday, a preliminary report on Michigan Sentiment Index was released, showing an increase from 98.2 in June to 98.4 in July. Specialists were promising a bit bigger increase to 98.6. (Not shown on the chart.) 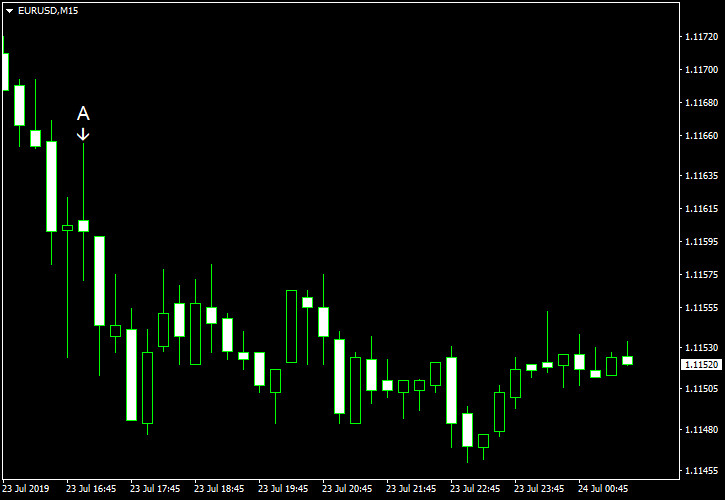