EUR/USD was extremely volatile today following the monetary policy announcement from the European Central Bank. While the ECB did not change its monetary policy at today’s meeting, the central bank signaled about the possibility of an interest rate cut in the future. That made the currency pair drop initially. But the pair rebounded very quickly as some market participants thought that the statement was not as dovish as was expected. Ultimately, EUR/USD settled a little above the opening level.
Durable goods orders rose 2.0% in June versus an increase of 0.8% predicted by analysts. The previous month’s drop got a negative revision from 1.3% to 2.3%. (Event A on the chart.)
Seasonally adjusted initial jobless claims dropped to 206k last week from the previous week’s unrevised level of 216k. That is instead of rising to 220k as analysts had predicted. (Event A on the chart.) 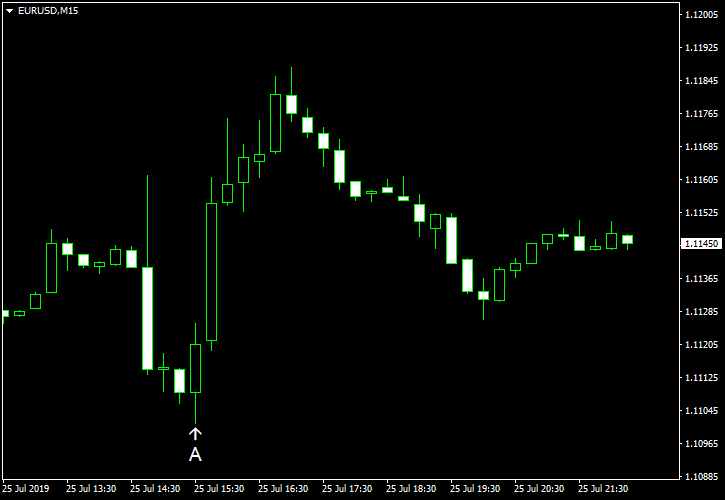