EUR/USD surged today despite risk aversion on the Forex market. Market analysts speculated that the escalating trade tensions between the United States and China, which were causing the risk aversion, was actually the reason for the surge of the currency pair as prospects for a trade war were hurting the greenback. The outlook for another interest rate cut from the Federal Reserve in September was also hurting the US currency.
Markit services PMI climbed to 53.0 in July from 51.5 in June according to the final estimate. Market participants were expecting the same 52.2 reading as in the preliminary estimate. (Event A on the chart.)
ISM services PMI dropped to 53.7% in July from 55.1% in June instead of rising to 55.5% as analysts had predicted. (Event B on the chart.) 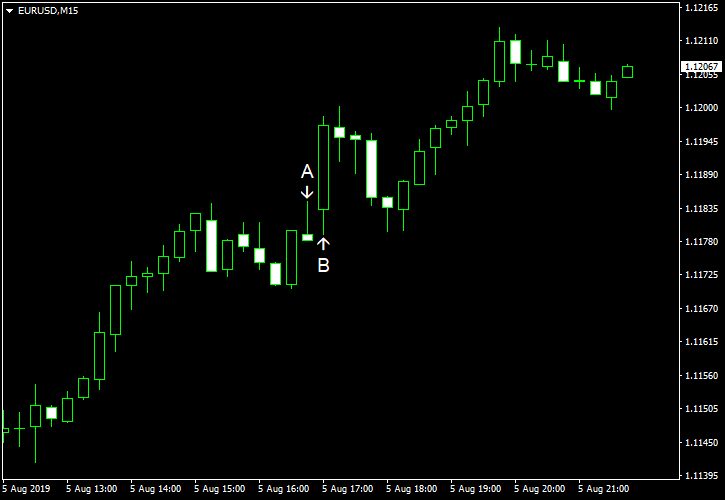